There are a handful of heritage drum companies that have produced plethora of beautiful drums over the last century. While there have been some groundbreaking contributions to the world of drums from all of these older companies, the undisputed king of the snare drum has to be Ludwig.

Ludwig can lay claim to not one but two legendary snare drums that are both in contention for being the most recorded drum in history – the Black Beauty and the Supraphonic.

The Black Beauties (so called for their black-nickel over brass shell) have been legendary since their first introduction in the 1920s and good early examples with beautifully engraved shells can fetch huge five figure sums. After being discontinued for 40 years, they were re-released in 1977 and immediately became hugely popular with drummers all over the world. Since then, it has been consistently sought after and considered by many as the holy grail snare drum.

The definitive Ludwig snare drum is the ubiquitous and extremely versatile Supraphonic – commonly known by their model numbers 400 (for the 5” deep drum) and 402 (for the 6.5” deep). These chrome-on-aluminium shelled snares have a dry, sensitive yet powerful sound which made them perfect for both live and studio use. We recently sold a 1970s 402 to Ross McFarlane of Texas! John Bonham famously used a 402 both live and in the studio with Led Zeppelin track, so if you’re searching for the Bonham snare sound – this is it! 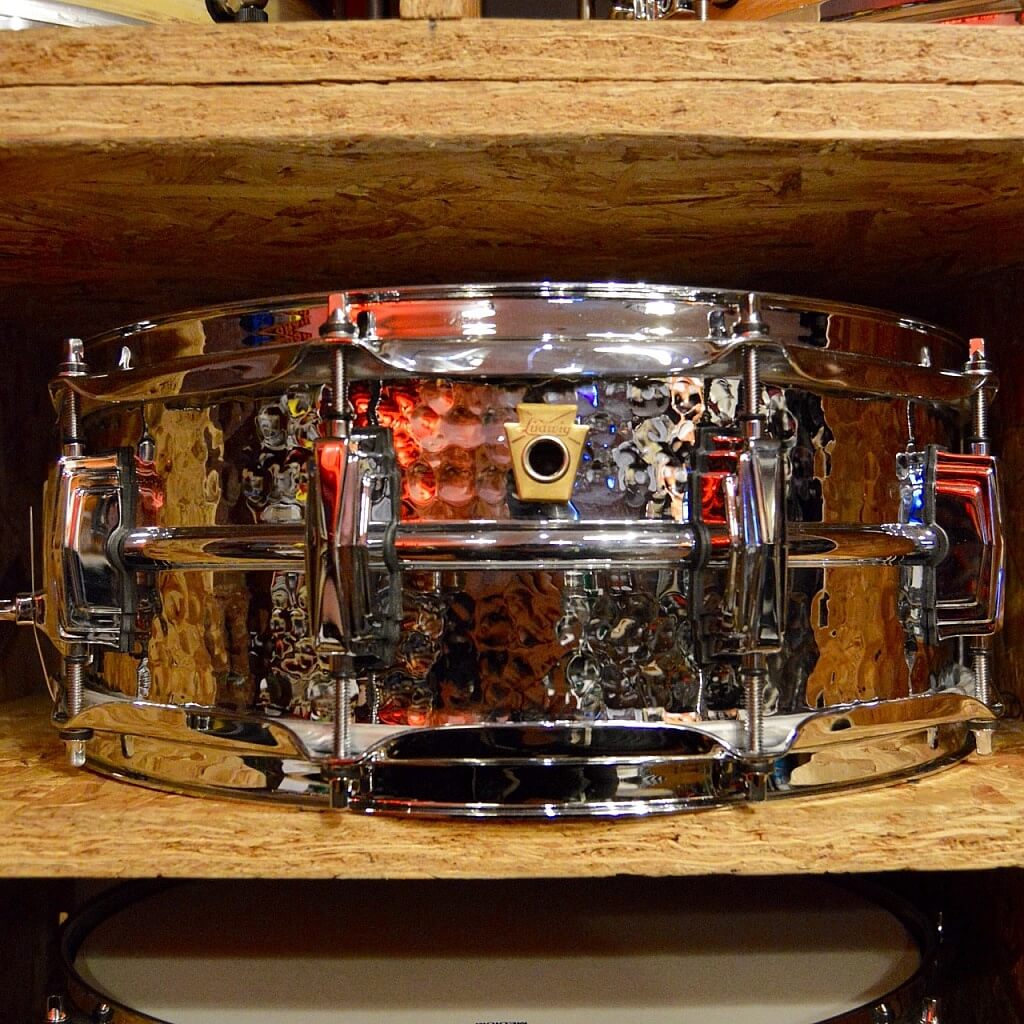 We  currently have a modern take on the classic, in the form of a gorgeous 400 with a hand hammered shell, which further dries out the tone and looks beautifully unique – check it out here!

In the 1960s, Ludwig released the Acrolite as a student level version of the Supraphonic, with an un-chromed aluminium shell and 8 lightweight “bowtie” lugs instead of 10 Imperial lugs. Despite it’s “student” designation, it gained a huge cult following among drummers looking for a different sound to the 400.
After being discontinued for many years, Ludwig re-introduced the Acrolite including a 6.5” deep version (which were incredibly hard to come buy in the original run) and in 2015 they introduced hammered shells for the Acrolite. This has resulted in a really stunning sounding and looking modern interpolation of a classic snare so we had to have one!

It’s been one of our favourite drums we’ve ever had in the shop – you should check it out!

In 2015, Ludwig introduced something truly different for them – the Copperphonics! These drums followed the same formula as the legendary Black Beauties and Supraphonics but with raw, patinated copper shells. Every one looks unique and the sound is to die for – a truly musical and powerful sound. We have a 6.5” deep version that redefines what you should expect from a high-end deep metal snare drum. Gorgeous! Check it out here! 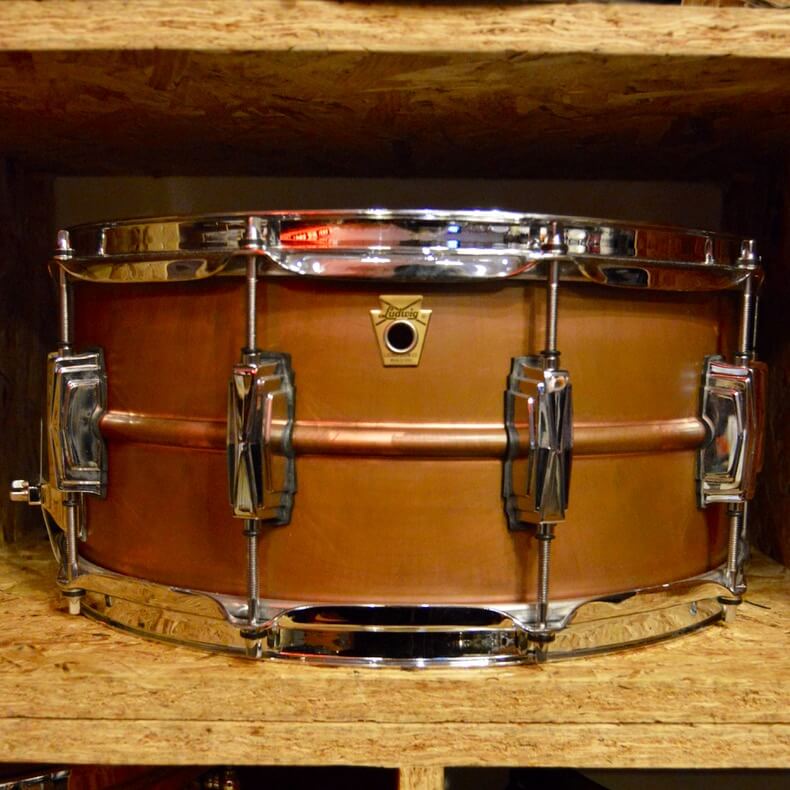 Not content with their arsenal of high-end snares, Ludwig have some amazing drums at lower price points too. The brutal 14”x7” 20 ply “Brick” from their EPIC range is a monstrously loud and powerful drum and is definitely worth checking out! The Supralite series of snares offer genuinely lush sounding steel-shelled snare drums and fantastically low prices – these are insanely popular for good reason!

You can check out our full collection of Ludwig drums here!