We are delighted to announce that Kaz Rodriguez will be performing at the Scottish Drum Fest 2016.

Kaz Rodriguez is an incredible drummer. Without doubt his chops are amazing to behold while his blistering performances are fast becoming the stuff of legend. Yet, Kaz is also a great composer having released his own albums including the acclaimed Fusion Shed Tracks Vol. 2 and has produced tracks on request for the likes of Aaron Spears, Anika Nilles, Chris Coleman, Gerald Heyward, Tony Royster Jr and many more.

Kaz is also a professional session and touring drummer, having toured with of Sinéad Harnett and Jessie Ware among others.

Kaz appearance at Scottish Drum Fest 2016 is with massive thanks to Roland Electronic drums and will see one of the first live clinic performances worldwide on the brand new TD-50KV Roland V-Drum kit!

So please join us on Sunday the 30th October 2016 and see Kaz’s playing for yourself.

Please read on for more on this great player.

Click the link below for tickets to this great event. 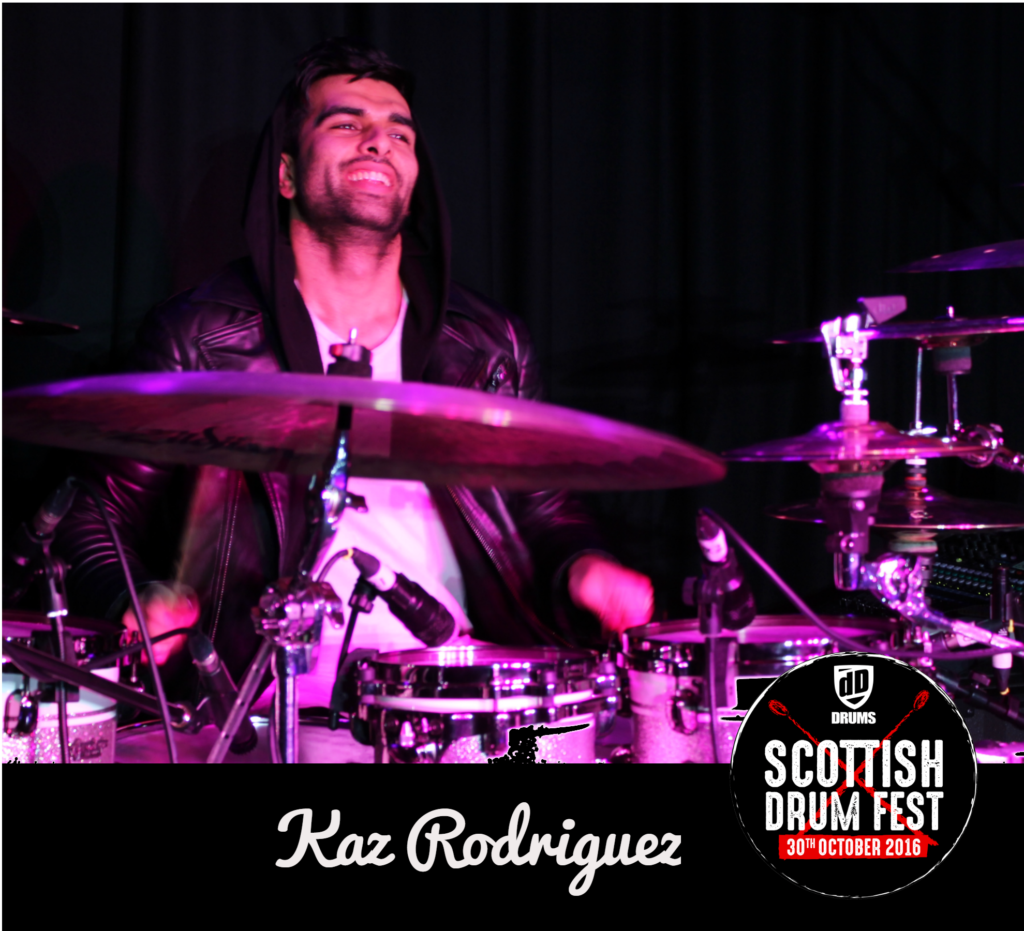 Kaz’s early years were very percussive as he tapped and  tapping and banging on anything that’d give up a sound to him and claims that his early attraction was firstly to rhythm and this is what seen him gravitate towards the drum kit.

Studying rudiments and working through grades in the Rockschool syllabus developed his love of playing not only drums but a passion of playing to the backing tracks themselves. Serving as inspiration to develop his own compositional skills which in turn created a very successful series of drumless tracks.

Fusion Shed Tracks have become a big success for him with some of  the worlds greatest drummers such as Tony Royster Jr, Aaron Spears and Chris Coleman having had great success with Kaz Rodriguez drumless tracks – or possibly more impressively these tracks are being appreciated by drummers  all over the world who are now working hard on their playing to submit their own interpretations of Kaz’s music.

This clip below shows Kaz performing ‘Solution’ with Anika Nilles a collaboration they both worked on.

As well as working hard on his Tama and Zildjian setup for the demands of  his session player and touring drummer commitments Kaz has become also in demand endorsee of Roland V Drums. First featured in the Roland TD 1K promo video and has since seen him grow to into one of Roland V Drums worldwide Ambassadors.

Kaz is performing at the Scottish Drum Fest 2016 exclusively on the new  Roland TD50 KV  kit as Roland unveil the future of their massively ground breaking V Drums range. This will be one of the first outings that these outstanding TD50 KV kits will and how better to show it off than through the massive live rig at the Scottish Drum Festival 2016 played masterfully by Kaz Rodriguez.

Thanks to my friend Jules at Roland and also to Kaz himself for making this Drum Fest performance special.

Can’t wait to see this!   Thanks for reading. 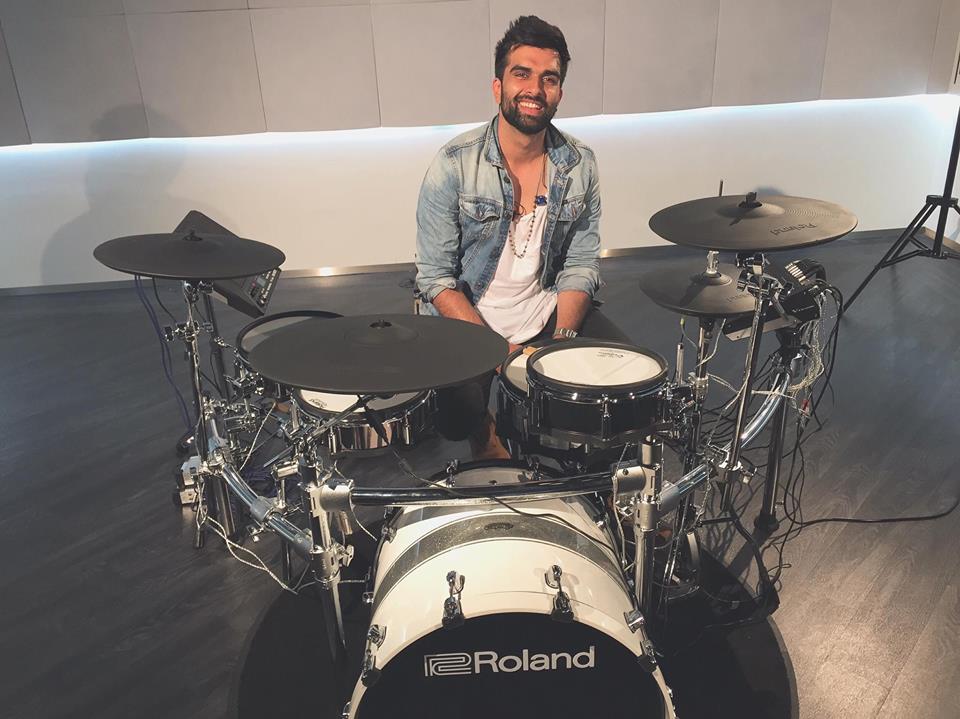